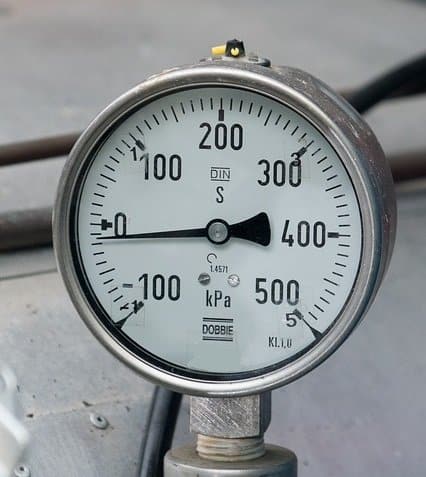 In SI base units, a kilopascal is equal to 1,000 kilograms per meter per second squared. It is a multiple of the Pascal pressure unit, which is equivalent to one newton per square meter (N/m2). The prefix ‘kilo,’ abbreviated as ‘k,’ represents a factor of 103. The Pascal unit is named after Blaise Pascal, a French mathematician, physicist, and philosopher.

Kilopascals (kPa) are the standard unit of pressure in countries that use the International System of Units (SI units) in chemistry, engineering, hydraulics, physics, and geophysics.  You most frequently encounter kPa in everyday life when taking a tire pressure, checking water pressure, measuring air pressure, and inspecting pressure tanks.