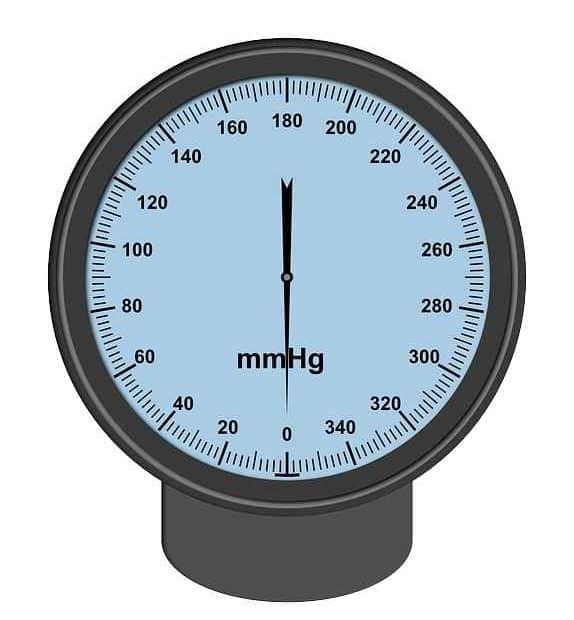 Do you need to convert 1 atm to mmHg? We have the solution! 1 atm equals 760 mmHg, which is the same as saying 1 standard atmosphere equals 760 millimeters of mercury.

Use our free 1 atm to mmHg converter to quickly calculate how much your standard atmospheres are in terms of millimeters of mercury. Just type in how many atm you have, and we will convert it into mmHg for you!

Looking at the atm to mmHg converter, you will see that we entered a value of 1 atm, which gives us an answer of 760 mmHg. That’s the answer to ‘1 atm to mmHg’. One atmosphere of pressure equals 760 millimeters of mercury.

A mmHg is a manometric unit of pressure that stands for ‘millimeters of mercury’. It is defined as equal to the pressure exerted by a column of mercury that is one millimeter high under standard gravity. You will most frequently encounter mmHg from blood pressure readings and a meteorologist’s weather reports in everyday life.

Historically, pressure measurements were made in millimeters of mercury (mmHg) because mercury is the densest liquid at room temperature. A dense liquid is helpful for pressure column applications because it minimizes the height needed for a column, which is an important practical concern. A pressure column, also called a manometer, is often used inside a laboratory. Other applications include gas pressure readings, meteorology applications, or and in aviation so there is a limit on the height of any instrument.

The SI unit of pressure is the Pascal, which is why blood pressure readings are taken in kilopascals (kPa) units of pressure in some countries.