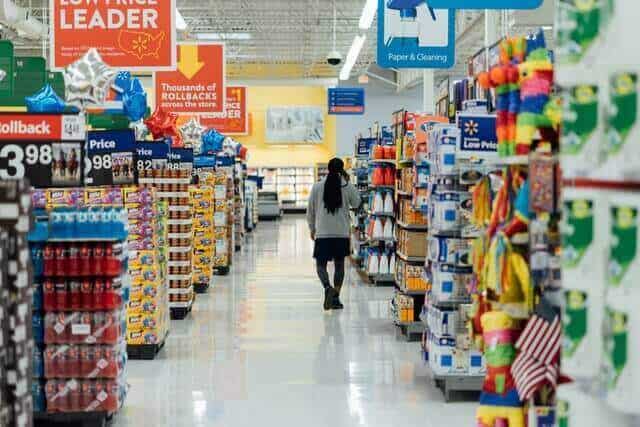 Walmart is the largest operator of supermarkets, grocery stores, and discount department stores in the world. They’ve grown significantly since Sam Walton first started out in 1945. Today, Walmart has more than 10,500 stores and 2,200,000 employees in 24 countries.

Walmart is known for its low prices and large stores. Chances are you’ll find what you need at a good price. Until recently, they were also known for accepting a variety of contactless payment options. What happened? Keep reading.

Samsung Pay is an easy-to-use, contactless payment method that works with your Samsung smartphone. When stores accept it, you know longer have to carry your wallet or purse. You can use it in person at stores, through apps, or on the web. It’s a secure, safe way to make your payments. Gone are the days of waiting for change or having to use a credit card reader that thousands of other dirty cards have already been in. Samsung Pay: A modern payment method for the modern world.

But does Walmart have Samsung Pay?

No, Walmart does not take Samsung Pay. According to a Walmart executive, they have no plans to offer it again in Walmart stores in the future. That’s right, they used to take it until they decided to block Samsung Pay, deliberately.

If you use Samsung Pay you might remember Walmart taking Samsung Pay in the past. Unfortunately, that time is past. As Walmart ‘upgraded’ their payment systems more and more stores issued the dreaded ‘Walmart +’ receipt which was a sure sign that Samsung Pay was not longer accepted at this store. Now that the ‘upgrade’ is nearly done, Samsung Pay at Walmart is too.

Here is a conversation confirming that Samsung Pay is no longer accepted at Walmart.

Why Does Walmart Not Take Samsung Pay?

Do you long for the days when Walmart accepted Samsung Pay and wonder why they don’t take it anymore?

The reason Walmart stopped taking Samsung Pay is simple: Walmart has its own version of Samsung Pay called Walmart Pay. They want you to use their Walmart Pay contactless payment method when you’re shopping at Walmart, not a competitor’s.

I don’t think blocking Samsung Pay is a smart move on Walmart’s part. Far more shoppers use Samsung Pay than Walmart Pay or the Walmart App, which narrows their contactless payment customer base. The average Samsung Pay shopper is exactly the shopper Walmart wants and needs in their stores so accepting Samsung Pay should be viewed as a win-win by Walmart.

Instead, they’ve gone with a Walmart-only mobile payment system that complicates life for their shoppers who want to use Samsung Pay. Until they decide that Walmart Pay is losing them money and shoppers, don’t expect them to accept Samsung Pay. It might be quite some time since it’s hard for the people who work at Walmart on this to admit they would do better with Samsung Pay than without.

Although Walmart doesn’t support Samsung Pay, they are innovative in others. They’re actively working on reimaging your Walmart shopping experience.

One area where Walmart is improving the shopping experience is with their Scan and Go option through the Walmart App, which is available in the app store. Scan and Go lets you scan items through the app and put them in your cart while you shop. Once you’re done shopping, you checkout through the app, scan a QR code at a self-service register, and walk out of the store. You might have to go to a self-service kiosk to weigh fruit or show an associate your basket. While this function requires you to be a Walmart Plus member, they offer a free trial.

Check Walmart’s Scan and Go out yourself! It might not be Samsung Pay, but it makes shopping at Walmart better.