Home » Alcohol » Beer » Is Heineken Good For You? The Great Debate + Healthy Options

Is Heineken Good For You? The Great Debate + Healthy Options 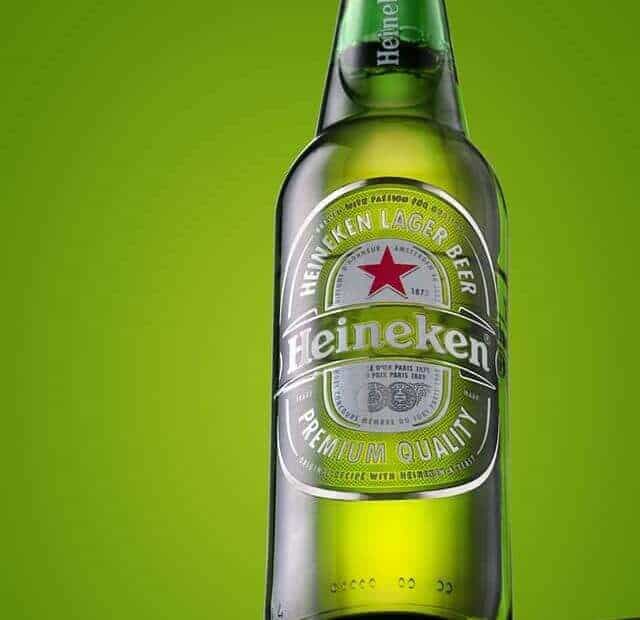 Heineken Beer is good for you only if consumed in moderation, as with all beers. Heineken is brewed in the Netherlands and has been advertised as being healthy, but in reality, it contains a lot of calories and carbohydrates.

While it can be considered a moderate-calorie beer, it has the same amount of calories as other similar styles of beer on the market.

What Are The Health Benefits of Drinking Heineken?

Heineken is a beer that offers an array of health benefits for those who drink it. It has no fat or cholesterol, so you can enjoy the taste while enjoying your heart and waistline. Its calorie count is relatively low, making it a good option for those counting calories.

Beer is high in folic acid, which can reduce the risk of heart attacks. Beer also has soluble fiber to keep you regular and it’s low in calories so if you’re trying to lose weight drinking beer might be the way to go. Talk to your health provider before starting a new diet plan.

“Beer is safer than the local water,” according to a study from The Lancet. Beer has been boiled and kept clean during a brewing process, which makes it the healthy alternative when compared to other alcoholic beverages such as wine or vodka.

Xanthohumol, found in hops that are used in beer making is also good for health because of its antioxidant properties.

Is Heineken a Clean Beer?

Yes, Heineken is a clean beer and it is free from distracting flavors and aromas.

Is Heineken High In Sugar?

Heineken beer has 0 grams of sugar! As a zero sugar beer, Heineken is a great choice if you are watching your sugar intake. While it has no sugar, each 12 ounce (355 mL) bottle has 11.4 grams of carbohydrates.

What Does Heineken Do To Your Body?

Is your favorite beverage safe for you to consume in moderation? Heineken beer is safe for most people when consumed in moderation. This translates to two or fewer 12-ounce bottles of beer a day. Drinking more than two bottles of beer a day can have negative side effects including skin flushing, low blood sugar, coordination problems, drowsiness, and trouble keeping your emotions in check. Consuming a large amount of alcohol can lead to breathing issues, hypothermia, vomiting, cardiovascular effects, blackouts, and more.

What Is The Healthiest Beer I Can Drink?

The best beer for your health is a light beer that is low in alcohol and calories. Keep in mind that the amount of calories in a beer is partly a function of the alcohol content. All else equal, a beer of the same style will have lower calories if it has a lower alcohol content. The following beers are low-calorie beers that are your healthiest bet when it comes to beer.

Beer is a fermented alcoholic beverage that has been around for thousands of years. There are several potential health benefits of beer, which include lowering the risk of heart disease and providing protection from Alzheimer’s disease. Beer also contains a lot of B vitamins and antioxidants that may help in a variety of ways, such as lowering the risk of cancer, improving mood, and providing protection from diabetes.

Heineken is a popular beer that many people drink. It has been debated whether or not it can have positive health effects, with some studies saying that one to two drinks a day may help reduce the risk of heart disease and other diseases. This conclusion was drawn from different types of research, including clinical trials and epidemiological studies.

The potential risks of beer are many, but the biggest risk is that alcohol can have a negative impact on health. Drinking too much beer can lead to accidents and even death.

Alcohol is a potential addiction, and drinking more than two beers a day increases the chances of developing fatty liver disease or cirrhosis. Beer can lead to weight gain and increase the size of your waist. If you have concerns about the potential risks of beer consumption, speak with your health provider.

What is Non-alcoholic Beer?

Non-alcoholic beer is a beer that does not contain any alcohol, so it cannot be used as an intoxicating beverage.

Nonalcoholic beer is a healthy option

Non-alcoholic beer is a healthy option because it’s often made with water, has little to no sugar or alcohol, and contains beneficial nutrients.

In general, nonalcoholic beer is good for you and tastes great. It’s also a viable alternative to other alcoholic beverages that can be unhealthy or expensive.

Heineken Non-Alcoholic Light Lager has been proven by the European Food Safety Authority (EFSA) as safe and healthy with no known adverse effects because it doesn’t contain any alcohol at all!

Is Heineken Zero good for you?Library

Yes, the all-natural Heineken Zero, known as Heineken 0.0, is good for you. It is a low-calorie option for a beer with only 69 calories per 330 mL bottle. It also has zero alcohol which helps avoid a blood pressure rise or your overall heart health.

The Heineken Zero was created for people who are watching their weight or cutting out alcohol from their diets. It is a great way to still enjoy the taste and smell of beer without the negative effects it can have on your health.

Non-alcoholic beer may help with athletic performance and reduce inflammation

Non-alcoholic beer may help with athletic performance and reduce inflammation.

In June 2020, USA Triathlon chief marketing officer Chuck Menke said in a news release that athletes are drinking non-alcoholic beer to reduce post-exercise inflammation. The main ingredients for this type of beer is water and hops which can be beneficial to the body by reducing blood sugar spikes after exercise. This allows people who don’t drink alcohol or have any interest in it because they may experience more benefits than just feeling good about themselves if they do not consume alcoholic beverages during their workout.

The results of one study showed that non-alcoholic beer significantly reduced post workout inflammation, which has been shown to be a factor in performance decline. The use of non-alcoholic beer is not only beneficial for the athletes but also healthy; it’s an option for endurance athletes who don’t want to compromise their health and fitness.

In addition to being a beneficial alternative for those who don’t want the side effects of alcohol, Heineken is also good for digestion and heart health. In fact, the plant-based ingredients in beer may support better health as they are easy on the digestive system and have been shown to lower cholesterol levels in some cases.

Heineken is now one of many companies that offer plant-based alternatives because it helps them reach their audience with healthy options while still providing an alcoholic beverage option.

This plant-based beverage is a great alternative for those who want to drink alcohol without the side effects.

What is the best alcohol to drink with high blood pressure?

The best alcohol to drink with high blood pressure is one that is not strong in terms of alcohol content. Even better is a beer with absolutely no alcohol, such as Heineken 0.0. You can still enjoy the taste of beer but in a healthy, blood pressure-friendly format.

What’s The Most Unhealthy Beer?

There are many different criteria that go into determining the most unhealthy beer. Some of these factors include calories, alcohol by volume, and nutritional value. Having said this, it would be fair to say there are some particularly unhealthy beers. These include darker beers, IPAs, high-gravity beers, and those with added sugar such as Bud Light Lime-A-Rita.