Tipping Taxis in the United States 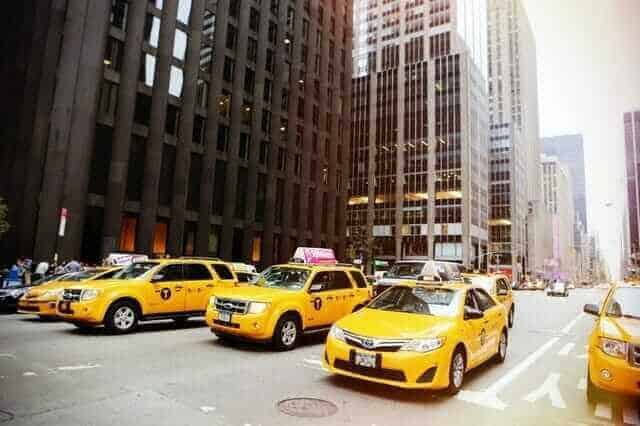 Tipping Taxis in the United States

Taxis are a convenient way to get around town and to and from the airport in the United States. We often don’t give the mechanics of a taxi ride a second thought, we get into the airport taxi, tell the driver where we want to go, and he takes us there. Once we’re there, we pay the taxi fare and that’s that.

Or is it. Yes, there’s something you might have been missing when you pay the taxi fare.

This taxi article answer the question “Do you tip taxi drivers” and if so “how much to tip taxi drivers”. This will help you brush up on your taxi tipping etiquette and help you tip confidently whether you’re in a yellow cab taxi around town or being met by an airport taxi service after a flight.

Do You Tip Taxi Drivers?

If you’re taking a taxi, you might be thinking “are you supposed to tip a taxi driver?”. The answer to that question is yes, you are supposed to tip taxi drivers in the United States. While it’s not required, it is customary to tip.

Wait, Why Should I Tip a Taxi Driver?

Taxi drivers work long hours for little pay, with the average taxi driver earning $25,980. That might sound like a sort of okay wage, but considering that the majority of taxis are in major cities, which tend to be expensive, the money doesn’t go far.

There are two reasons that taxi drivers tend to not earn much money: First, it’s a relatively unskilled position with a lot of competition – there are lots of people who want to be taxi drivers. Second, they often don’t own the taxi they’re driving. That’s right, they often rent the taxi so 10 passengers or no passengers, they have a taxi rental cost for every shift they drive the taxi. This is because most cities require taxis to have a taxi medallion, which is a fancy way of saying a license to operate a taxi. These can be very expensive and are out of reach of most taxi drivers. By the way, you might want to make a note of the medallion taxi number in case you have any problems during your ride.

Since taxi drivers don’t make much money and work in the service industry where tipping is very common, it’s not surprising that tipping taxi drivers is part of the tipping culture. Tips for taxi rides are part of tipping etiquette in the United States.

How Much To Tip Taxi Driver?

Now that you know you should tip your taxi driver, you’ll want to know how much tip do you give a taxi driver.

A standard tip for taxi drivers is 15% – 20% of the total taxi fare. 15% is the average taxi tip for good service while a 20% for a taxi ride is for great service or if the driver gave you special services.

Special services can include helping your with a lot of heavy luggage or meeting a special request.

When Should You Tip Your Taxi Driver?

You should tip your taxi driver at the end of the taxi ride when you are paying the taxi bill.

If you had an airport taxi booking, you (or your company) might have prepaid the tip. In this case, make sure to check that the tip hasn’t already been paid to avoid double tipping.

How Should I Leave the Taxi Driver’s Tip?

You can leave the tip in cash or, if the taxi you’re in takes credit cards, you can add it to your credit card bill. In many city taxis, you can select a tip amount in a seatback taxi fare calculator.