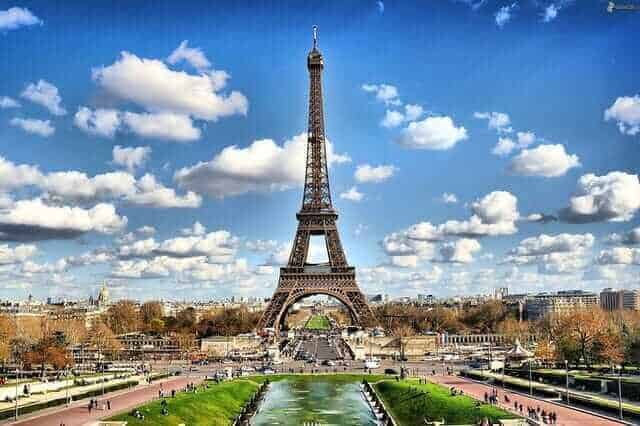 Paris is one of the most popular international travel destinations, with 38 million people visiting the greater Paris region every year. Surprisingly, only around half stay overnight in Paris. Many people visiting Paris are visiting for the first time and aren’t sure whether they should tip in Paris or not. This article will help understand the French tipping culture and learn how much to tip in Paris.

Do You Tip In Paris?

In most situations, a tip is not required. Tips are, however, appreciated.

Do You Tip In Paris Restaurants?

At restaurants, tipping is not required. Restaurants already charge you a government-mandated 15% service charge called a ‘service compris’. This is included in your bill and translates to ‘service included’, which is included in the bill. This charge lets the restaurant to pay their servers a living wage.

If you want to leave a tip for good service round up to the next euro on a small bill or add a few euros to a larger bill. This is called a ‘pourboire’ and literally means ‘to drink’. The origin of the ‘pourboire’ was that it was a gift of a drink to the waiter from you. If you tip in Paris, do as the French do and tip a small pourboire. Your server will appreciate it.

Once you’re ready to order, close your menu and put it down on the table. It’s an excellent signal to your waiter that you are ready to order along with catching his eye.

After you’re finished, you need to ask your server for the bill. Why? It’s because it’s considered rude to give you a bill without you first asking for it, as it would be considered a hint to leave! Once you have the bill it’s typical in Paris to pay at the counter or you can also leave cash on the table. It’s efficient and keeps you from feeling pressured to leave. Don’t wait for the server to come to you to take payment.

Here’s a great money-saving tip that you can use at restaurants in France. When waiters ask you “would you like water” they really mean “would you like to buy bottled water”. If you say yes, you’re going to be charged for it. What you might not know is that tap water is free at restaurants in France and is normally served to you in a large carafe. Can you drink tap water in Paris and the rest of France? Yes, the water is perfectly safe to drink in France! So do what most French people do and ask for a carafe of water or “une carafe d’eau” in French.

Tipping at Bars and Cafes in Paris

Do You Tip At Bars and Cafes?

No, you don’t have to leave a tip at a bar or cafe in Paris. This is because a 15% service charge is already included in the price you pay. While your server won’t expect tips, feel free to leave one if you want to. Tips are always appreciated.

How Much Should I Tip At Bars and Cafes?

Although tipping is not required, you can round up to the next euro on small bills if you want to leave a tip. For example, if your bill is €4.70 you could leave €5. This is what the French do when leaving a tip and it’s called a ‘pourboire’, which means ‘to drink’. Traditionally, this was a small amount of money left for the server to buy themselves a drink on you, hence the name.

Is There Uber In Paris?

Yes, Uber is available in Paris. It can be a great way to get around Paris and the suburbs.

Do You tip Uber Drivers In France?

Besides leaving a small tip in the app, you can help your Uber rating by being at the specific pickup point on time. Don’t call an Uber until you are ready to go. Also, check which side of the street the pickup point is! Uber will show the exact pickup location in the app. Pickup points are often on busy streets and having to cross while the driver’s waiting for you can lead to an unhappy Uber driver.

Taxis can be a convenient way to get around Paris. Besides hailing a taxi on the street, more and more taxis are available through e-hailing apps, such a G7 Taxi’s smartphone app. The G7 Taxi app is available in English and gives you an alternative to Uber surge pricing. That’s right, sometimes it’s cheaper to use a Parisian taxi than it is to use an Uber in Paris.

G7 Taxi’s app also allows you to book taxis in advance to ensure that a taxi of the type you need is available for you at the time you need it. If you have lots of passengers or baggage and wait until the last minute, chances are you won’t be able to find a van. That could end up making you take two taxis.

If you want a taxi with a car seat, pre-booking lets you select that option. I. Taxis have a special exemption that allows a child to ride in a taxi without a car seat. So if you want your baby to have a car seat for the drive to the airport, you’ll need to pre-book your taxi.

Do You Tip Taxi Drivers In Paris?

There are some websites and guidebooks suggesting that you should tip 10% of the fare as a general rule to taxi drivers in Paris. This is not correct and that amount of tip would be totally out of place in France.

No, most taxis in Paris don’t take credit cards! If you want to take a taxi that accepts credit cards, look for taxis that have a credit card sticker on the side window. These taxis will take credit cards but you need to verify with the taxi driver that their credit card machine is working before you get into the taxi.

If you are hailing a cab on the street, all G7 taxis take credit cards so try hailing them first if you want to pay by card. G7 taxis are clearly marked with their red or green branding on the side of their taxis. The branding is ‘G7’ with a diagonal line.

If you aren’t at the airport, don’t want to ask taxi drivers if they take credit cards, and want to simplify your life you should get the G7 taxi app. The G7 taxi app is available in English and is easy to use. You can store your credit card in the app to pay by credit card every time you need a taxi in Paris. The G7 taxi app also supports pre-booking so you can book tomorrow’s taxi to the airport ahead of time which is a great convenience. The G7 taxi app is similar to Uber’s app but instead of being subject to Uber’s sometimes high surge pricing in Paris, you will pay the regulated taxi meter rates every time. This means that it can actually be cheaper to use a G7 taxi than Uber during periods of high demand.

If you are considering whether to take an Uber or a taxi from a Paris airport, remember that taxi rates are fixed whereas Uber rates are not. At peak times, Uber can cost more than a fixed-rate taxi, so it pays to compare! The fixed-rate taxi fares from Charles de Gaulle airport to Paris are €50 to the right bank (North of the Seine) and €55 to the left bank. Fares from Orly airport are €30 to the left bank and €50 to the right bank. These fares are for Paris, not the suburbs. If you do take a taxi, make sure that you only take an official taxi which you can find in the designated taxi area at the airport. Do not accept any other offers from people suggesting ‘taxi’ services as you’re likely to be scammed.

Taking an Uber or a taxi from a Paris airport is often convenient and great for people with bags. Another option is public transport which is inexpensive and covers the greater Paris region. If you do use public transport, make sure you understand the rules first. If you are using paper tickets, make sure to hold on to them until after you have exited the system, to ensure you are not fined by a fare inspector. These paper tickets will be phased out soon but for now, it’s possible you’ll have one. If you have a Navigo transit card or a similar daily, weekly, or monthly pass ensure that you validate your pass. It’s required!

Do you need to tip at hotels in Paris?

Tipping at hotels in Paris is not required but tips are customary when staff assists you with your luggage. Tips to porters for helping you with your bags should be €0.50 – €1 for each bag.

If you want to tip housekeeping, leave a euro a day. If you use the concierge for bookings, you can tip 5 euros.

Do You Need To Tip Tour Guides In Paris?

No, tips for tour guides in Paris are not required. That said, tips are always appreciated and, depending on the type of tour you’re on, it’s possible that you might feel social pressure from the group if they ‘pass the hat around’ for the guide.

How Much Should I Tip My Tour Guide?

If you do decide to tip your tour guide, leave 5 – 10% of the cost of your tour. Remember, though, that you don’t have to tip your guide as it’s not required.