Home » Regions » Europe » France » Tipping In France: Do you tip in France?

Tipping In France: Do you tip in France? 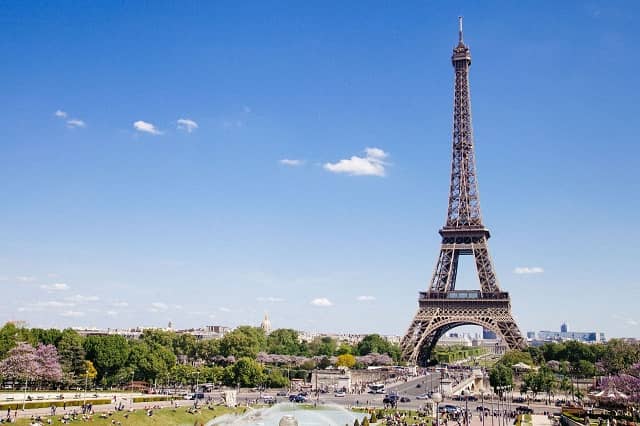 Tipping in France: Do you tip in France?

France is the top destination for international tourism with 89.4 million visitors last year, many of who are visiting Paris as part of their trip. Unfortunately, many visitors don’t understand who to tip in France and if they should, how much to tip. This article will help you understand the French tipping etiquette and avoid tipping embarrassment.

Do you need to tip in France? Normally, a tip is not required in most situations but will be appreciated.

Tipping at Restaurants in France

Do you tip at restaurants in France?

Tipping at restaurants is not required. Restaurants charge a government mandated service charge, labelled service compris, which allows the restaurant to pay their servers a living wage. If you want to leave a tip for good service round up to the next euro on a small bill or add a few euros to a larger bill. This is called a ‘pourboire’ in French which literally means ‘to drink’ with the original idea being for the waiter to buy himself a drink on you.

Credit card acceptance is widespread at French restaurants, but they are not accepted everywhere. Be sure to check before eating, there will be signage if credit cards are not accepted. If this is the case, you will need to pay with cash. Also, American Express is less widely accepted than Visa or Mastercard, so check for the American Express logo before entering if that is how you want to pay.

Tap water is free at restaurants in France and is normally served to you in a large carafe. When waiters ask you “would you like water” they really mean “would you like to buy bottled water”. Can you drink tap water in Paris and the rest of France? Yes, the water is perfectly safe to drink in France so do what most French people do and ask for a carafe of water or “une carafe d’eau”.

Now onto tipping: Do you tip Uber drivers in France?

If you are considering taking whether to take a taxi or an Uber from a Paris airport, keep in mind that taxi rates are fixed whereas Uber rates are not but are disclosed to you when booking. During peak times, Uber surge pricing could be more than a fixed rate taxi, so it can pay to compare! The fixed taxi fares from Charles de Gaulle airport to Paris are €50 to the right bank (North of the Seine) and €55 to the left bank. Fares from Orly airport are €30 to the left bank and €50 to the right bank. These fares are applicable to Paris proper and not the suburbs. As always, ensure that you only enter an official taxi which you can find by joining the taxi line. Do not accept any other offers of ‘taxi’ services.

Although using Uber or a taxi is often convenient and great for people with bags, consider using public transport in Paris when you can. It is a cost effective method that covers the greater Paris region. If you do use public transport, make sure you understand the rules first. If you are using paper tickets, make sure to hold on to them until after you have exited the system, to ensure you are not fined by a fare inspector.

Tipping at Hotels in France

Do you tip at hotels in France?

Tipping at hotels in France is not required, but is appreciated particularly when staff assist you with your luggage. Tips for helping with your bags should be €0.50 – €1 for each bag.

Did you know? Hotels with ratings in France are given these ratings by the government and are officially placed into one of seven different categories: no star, 1 star, 2 star, 3 star, 4 star, 5 star, and Palaces. The ‘Palace’ category was created in 2010 and is rarely awarded with 9 being chosen for the first year and around 25 today.