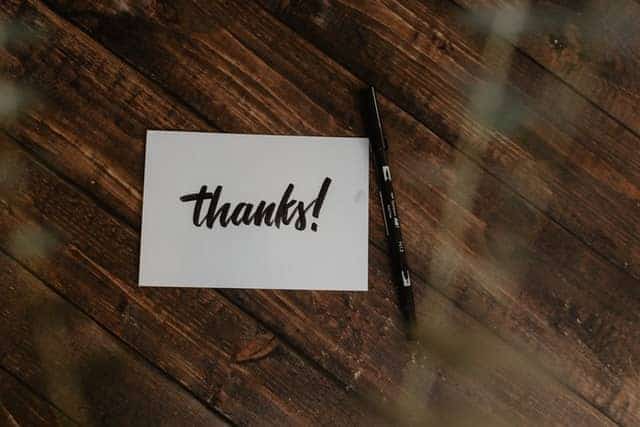 The first reason is that housekeeping tip envelopes are a convenient way to tip your hotel maid.  Tipping housekeeping is always appreciated, and in a strong tipping society, guests often want to leave tips.

The second reason hotels have tip envelopes is to reduce misunderstandings when guests accidentally leave their money behind in their hotel rooms. While it’s a less apparent reason, it’s arguably the more important from the hotel’s perspective. Why is that?

Your housekeeper might think that the money you left on your pillow for them while you might have accidentally forgotten it. When you return to the hotel and find your money gone, you would understandably be unhappy.

These sorts of disagreements can lead to unhappy hotel guests and negative hotel reviews. As a result, hotels leave housekeeping envelopes in their rooms. It’s a secure way for guests to tip confidently and for housekeepers to receive them.

Do You Tip Hotel Housekeeping?

No, you don’t have to tip your hotel housekeeper, but it is becoming increasingly common to show appreciation by doing so. In fact, more than 69% of Americans leave their housekeeper a tip during hotel stays.

So while you don’t have to tip your hotel maid, you’ll be in the minority if you don’t.

How Much Do You Tip Hotel Housekeeping?

If you want to leave your hotel maid a tip, how much should you tip?

According to tip etiquette experts, you should tip hotel housekeeping $1 to $5 per day. If you’re staying in an upscale hotel, tip at the higher end of this range.

If you’re feeling generous or the hotel maid provided extra services, such as bringing your extra linen, towels, pillows, duvet covers, blankets, or shampoos, you could tip up to $5 per night. Following this hotel maid tipping etiquette will put you with the majority of hotel guests who tip their hotel maids.

Do You Tip Housekeeping Daily or at the End of Your Stay?

If you’re tipping your hotel housekeeper, you should leave a tip for housekeeping daily. You should tip daily because your hotel room attendants can change vary by day during your stay.

If you stay for more than one night but only tip on the day of checkout, consider tipping daily instead. This is because you might not be rewarding the maid that took care of your room during your stay.

What If My Hotel Room Doesn’t Have An Envelope To Tip Housekeeping? How Do I Leave A Tip?

If your room doesn’t have an envelope to tip your hotel maid in appreciation of their work, you can ask the front desk how you should leave a tip.

Alternatively, you can leave the money on the bed with a short note telling the maid that the tip is for them. It’s an effective way to ensure that your cleaner can accept your tip, since many cannot take tips otherwise due to hotel policy. They’ll appreciate your generosity.

Hotel Tips and A Woman’s Nation

The group’s envelope campaign called ‘Envelope Please’ raised awareness about tipping housekeeping in the United States, where tipping rates stood at 69 percent. That’s right, 31% of Americans do not tip a hotel’s housekeeping staff.

The “Envelope Please” campaign grew out of the Shriver Report, which drew attention to the plight of housekeepers. These employees, who are often immigrants, can live on the brink of poverty despite making up the largest employment categories in the hotel industry. Even in areas where housekeepers belonged to a labor union, competitive wages were still low compared to other sectors. It included stories of hard work, perseverance, and endurance of these “invisible” workers that take care of your hotel room.

In the United States and Canada, over 90% of hotel housekeepers are women and are often the primary breadwinner for their families. Since they rarely make much more than the minimum wage and lack benefit packages, hotel tip envelopes are an excellent way for guests to show their appreciation while helping them boost their earnings. In expensive markets, tips are essential for cleaners making low wages per hour cleaning rooms.

Hotel housekeepers are part of a hotel’s ‘house employees’ that we rarely see face-to-face, but they provide clean rooms to weary travelers at any given time of day. Because of this lack of a personal connection, many of us have never considered whether we need to tip them or not in the first place. When you receive face-to-face service from a bellhop or through room service, you typically leave a tip.

They perform the largely invisible task of cleaning bathrooms, inserting 20-pound inserts into your duvet covers while making up the bed, vacuuming the floor, and sanitizing counters. Their work contributes to the quality of the stay that you experience.

Detractors pointed out that Marriott housekeepers deserved better wages from the company rather than relying on a hotel guest’s gratuity. Some compared the initiative to a blackmail situation where the American hotel industry tried to nickle and dime guests through a guilt campaign to avoid paying their employees a decent wage.

While the wages of their housekeepers are Marriott’s responsibility, the fact is that they operate in a competitive hotel industry. If the hotel administration of one chain raises wages, causing room rates to rise, research shows that hotels will lose price-sensitive guests. By raising wages while their competitors don’t, they can end up hurting the very people that a wage increase is designed to help.

People often have specific questions about hotel tip envelopes. Here are some of the most common questions people ask.

Where do you leave a tip for housekeeping?

You should leave your tip for hotel housekeeping in a tip envelope. If there’s no tip envelope in your room, leave the cash with a note explaining it’s a tip.

Hotels often have tip envelopes in the room specifically for this purpose. If they don’t, be sure to write a note so that your housekeeper can accept your tip. Without a note from you, many hotels won’t let their maids take your tip since you might have left the money accidentally.

Should you tip housekeeping for one night stay?

While you don’t have to leave a tip for hotel housekeepers, 69% of Americans leave a tip, including one-night stays. It’s entirely up to you but consider leaving $1 to $5 in appreciation for a pleasant experience and a clean room. Your maid will appreciate your generosity.

Do you leave tips in hotel rooms?

Yes, it would be best if you left tips for your hotel housekeeper in your hotel room. If your room has tip envelopes, put the cash in it and leave it on the desk or on top of a pillow. Don’t leave it under the bedding, though, as the maid might not see it. You don’t want your tip to end up in the wash!

If your room doesn’t have a tip envelope, leave the cash on top of a note explaining that the cash you’re leaving is a tip. Many hotel chains have strong training programs that make accepting tips without a note a fireable offense. While this seems unfair, it’s to avoid situations where a guest accidentally leaves money behind that isn’t intended as a tip.

Where do you leave a tip for housekeeping?

You should leave all tips for housekeeping in your room. Put the cash in a designated hotel tip envelope or on top of a handwritten note explaining that the money is a tip. Your gratuity in recognition of your room attendant’s work will be appreciated.

How much do you tip housekeeping at an extended stay hotel?

If you’re staying at an extended stay hotel, tip the hotel housekeeping $1 per night you stayed with them. If you’re a long-term guest, tip a maximum of $50 per stay.

Since most extended stay hotels offer weekly housekeeping, tip weekly. At extended stay locations without weekly cleaning, tip at the end of your stay.

Do you tip people who bring you room service?

Is a service charge for room service the same as a tip?

If your room service bill includes an automatically added service charge, you don’t need to leave a tip. These service charges are typically between 18% and 20% and are the same as a tip.

How much do you tip someone that brings bags to the room?

If the hotel’s staff takes your bags to your room, tip them $1 to $2 per bag. These employees, who are called bellhops or porters, expect tips.

If you want to avoid tipping a bellhop, let them know that you’ll take care of your bags yourself. It’s an excellent way to save a little money. If you managed to get your bags to the hotel by yourself, why not bring them up yourself?