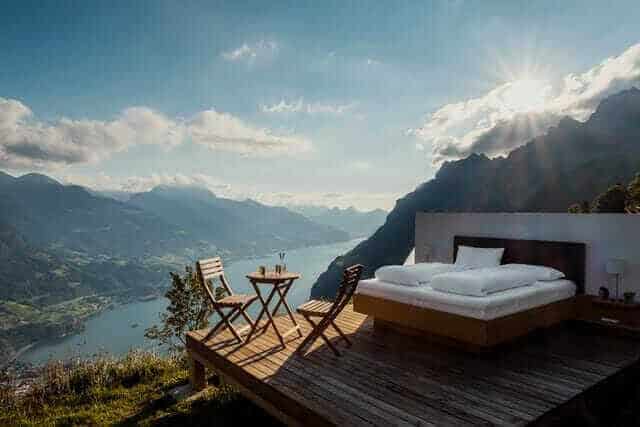 One of the best things about staying in a hotel

When you think of hotel maids while staying at a hotel, you’re probably thinking that you wished that you came back to a freshly cleaned and organized place every night at your own home. Well, that’s what you’re thinking of as long as you remembered to hang the ‘do not disturb’ sign on the door before going to bed!

A great part about a hotel, besides being your base while you explore a new place, is that you get to come home to a clean room every night thanks to a hardworking hotel maid who is arguably underpaid for what is difficult, dirty work that isn’t full time. You normally don’t see them, but they really do work far harder than the hotel workers you do see, such as the folks at the front desk.

It’s difficult work because they don’t just have to clean your room but many others as well, quickly, and to the hotel’s cleaning standards. Have you ever noticed that hotel mattresses tend to be heavy? They weight as much as 100 pounds. When you lift or move a mattress yourself, you’d have someone help you. If you’re a hotel housekeeper, you do that yourself.

It’s dirty work because, well, it’s cleaning after other people who don’t always treat a hotel room like they would their own home. They clean up toilet messes and bodily fluids on a daily basis. No one likes doing that, but your hotel maid does it with professionalism for you so you can come back to a clean hotel room or that the next hotel guest can.

How much money do hotel maids earn?

Hotel housekeepers generally don’t work full time schedules which leads to lower pay and no benefits. Hotel guests check out in the morning which is when the rooms are cleaned. By early afternoon, all the hotel maids have gone home. As a result, many hotel maids work a second job in the afternoon.

According to the US Government’s Bureau of Labor Statistics, there are 466,660 hotel maids in the United States earning an average wage of $12.19 per hour which is $25,350 per year. These wages vary by hotel and by state with housekeepers working in the West Coast and Northeast making the most while housekeepers in the South make the least. Housekeepers are overwhelmingly women, with only 10% of hotel cleaners being male. In general, a hotel maid is a mother in her 40s working hard to make ends meet.

It’s easy to feel for a hotel maid who is struggling to take care of her family and make ends meet. But should you tip maid service?

Should you be tipping hotel maids?

While you don’t absolultely have to leave hotel housekeeping tips, it’s becoming more and more common to leave your hotel maid a tip. According to one poll, only 32% of Americans don’t tip maid service at a hotel. So, if you don’t want to be with the minority who don’t tip, you should leave a tip for your hotel maid.

Although we might not think of tipping the hotel maid, it’s customary to tip hotel staff who work as bellhops/porters and take your luggage to your room, the concierge desk, and in the restaurant, if the hotel has one. Your hotel housekeeper would also appreciate a tip.

Recently, there have been public campaigns by women’s rights groups to encourage guests to tip their hotel maids. 90% of hotel housekeepers are females who are, on average, in their 40s and struggling to take care of their families on the low wages that a hotel housekeeper earns.. Maria Shriver’s organization, A Woman’s Nation, partnered with Marriott on a campaign called ‘The Envelope Please’, which aimed to increase the number of guests leaving their hotel maid a tip in their hotel’s tip envelopes.

How much to tip hotel housekeeping?

If you do want to leave a tip, how much do you tip a hotel maid?

The answer to how much you should tip housekeeping is $1-$2 per day, which is an acceptable tip for good service according to tip etiquette experts. If you’re staying in an upscale hotel, you can tip $2-$3 per day. If you’re feeling generous or the hotel maid provided special services, such as bringing your extra pillows or blankets, you could tip up to $5 per night. Following this hotel maid tipping etiquette will put you with the majority of hotel guests who tip their hotel maids.

How often should you leave tips for hotel housekeeping staff?

You should leave a tip in your hotel room each morning as your housekeeper can change from day to day. If you wait until the end of your stay to leave your maid a tip, chances are you’ll not be tipping the person who cleaned your room. Since the answer to ‘how much to tip maid service’ was $1 – $2 per day, remember to have $1 bills on hand to leave as tips.

Where to leave a tip for housekeeping?

Hotels often leave housekeeping tip envelopes in your room for you to use. If your hotel room has one, leave the tip inside the envelope and put it on top of your bed. If your room doesn’t have a hotel maid tip envelope, leave the money on the bed, on the desk, or next to the TV with a note explaining that it’s a tip for the hotel housekeeper. If you don’t leave a note, the maid won’t be able to accept your tip. This is because there can easily be misunderstandings over a guest’s money as a guest might have left the money in the room by accident or while emptying their pockets, but not as a tip to the cleaner. As a result, many American hotels have policies forbidding hotel maids from accepting tips that aren’t in an envelope or don’t have a note attached.

Never leave the tip under your pillows! This is often missed and your tip could end up in a commercial washing machine, not the maid’s pocket. Leave your tip on top of the bed, on the desk, or next to to the TV.