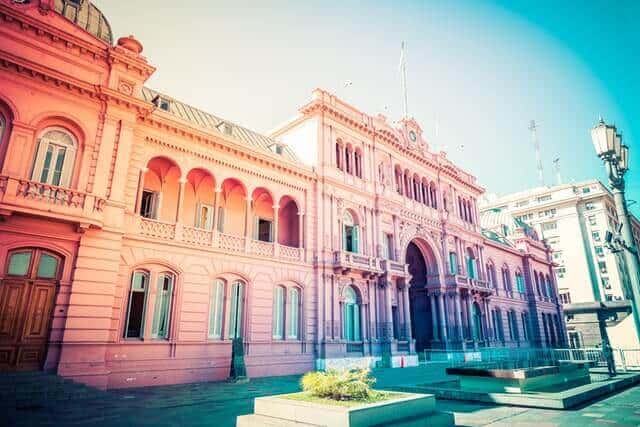 Are you taking a trip to Argentina? In between planning your trip and making reservations, you’re probably trying to understand Argentinian customs. Tipping is one of the customs you’ll have to face when you eat at a restaurant, drink at a bar, stay at a hotel, take a tour, ride in a taxi, take an Uber, have your haircut, or relax at a spa. That’s where we come in with our guide to Tipping in Argentina. We’ll help you understand the tipping etiquette so that you can focus on what matters – your trip.

Tipping at Restaurants In Argentina

Argentina is well known for their culinary delights and you’re definitely in for a treat. You’ll find restaurants covering a wide range of cuisines with prices that are relatively low by international standards. You probably already know that Argentina is well known for their steaks and their wine. Let me tell you that neither disappoints! During our time in Argentina, we had some of the best steaks we’ve ever had in our lives. We’d also argue that no Argentinian steak dinner would be complete without a local wine pairing.

Since the food in Argentinian restaurants is delicious and relatively inexpensive, you’ll probably find yourself eating out more than once. What’s not to love about that? Before you pay your bill, though, you’ll want to know whether you need to tip your waiter in Argentina. That’s where we come in!

Do You Tip At Restaurants In Argentina?

Yes, you should tip your waiter when you’re eating out in Argentina. As to how much you should tip, it’s customary to leave a tip of 10% of the bill if you’re happy with the service. Wait staff expect tips because a large portion of their income comes from their tips. The reason servers are paid poorly is because the tipping culture means that they’ll be able to top their meager wages up with their tips. On the other hand, don’t feel that you need to leave a tip if you received bad service.

If your restaurant takes credit cards, don’t expect there to be a line where you can add a tip. Instead, it’s normal to leave the tip separately in cash. That’s why you should keep some 100 peso notes on you for tips.

You might have noticed that there’s a service charge on your bill called a ‘cubierto’. What is that? A ‘cubierto’ is a service fee that many restaurants charge that covers things like water, bread, utensils, plates, and place-mats. A ‘cubierto’ is not something unique to Argentina and is found in many other South American countries. Keep in mind that it’s not a tip and it doesn’t go to the wait staff. You’ll still need to leave your waiter a tip at a restaurant that charges a cubierto.

In our view, a ‘cubierto’ is a sneaky way for restaurants to make a little extra money. For those of us who come from countries where the price of an item is the actual price, it can be surprising to find this extra charge when you go to pay your bill. While many restaurants charge a similar cubierto, there are a few ‘tourist traps’ that charge extortionate an cubierto. It pays to check the fine print and read Tripadvisor reviews.

Tipping at Bars in Argentina

Do you tip at bars in Argentina? No, you don’t have to leave a tip but it’s considered good form to leave a little something when you get a drink. Your bartender will appreciate your tip.

Tipping At Hotels In Argentina

If you’re staying at a hotel in Argentina, you’ll want to know about the local hotel tipping etiquette. Do you tip at hotels in Argentina? How about the bellhop, concierge, and hotel maid?

You should tip the bellhop if they help you take your luggage to your room. If you’re staying at a medium-range to an upscale hotel, they’ll definitely be expecting your tip and it would be awkward not to. The Argentinian currency is ever-changing so a good rule of thumb is to tip your bellhop the equivalent of $1 in pesos per bag that they help you with. For whatever reason, it seems that a bellhop is the one person you have to tip whether you’re in Argentina, the United States, or almost anywhere else in the world.

If you have the concierge help you, you might consider leaving a little bit of money as a way of saying thanks.

You don’t need to tip the hotel maids but if you’re feeling generous then they’d certainly appreciate your tips. You can leave your spare change.

Will you be taking a tour while you’re in Argentina? Perhaps you went on a group tour? Either way, you’ll want to know whether you’re supposed to leave your tour guide a tip.

Do You Tip Tour Guides In Argentina?

Yes, you’ll need to tip your tour guide in Argentina. It’s customary and expected to tip them.

How much should you tip your tour guide? Leave a tip of 10% of the cost of the tour. Don’t tip 20% as some tip guides suggest as that’s not a common tip.

If you’re on a ‘free tour’ you’ll notice at the end that your guide is angling for tips. That’s because while the tour itself is ‘free’, you’re expected to leave the guide a tip. You’ll most commonly find yourself in this situation if you’re visiting an Argentinian winery. Your guide will take you around the winery and give you a tasting. It’s normal for these winery tours to last 30 minutes to 1 hour. If it’s a private tasting, consider leaving $5 or the local currency equivalent in pesos. For a group tastings, a few dollars in pesos is more than enough.

Taxis are a convenient and relatively inexpensive way to get around in Argentina. They’re also great if you don’t want to navigate public transport, if you have more luggage than you can handle yourself on public transport, or if your flight times in or out of Argentina mean you need to take a taxi. If you’re planning on taking a taxi in Argentina, you’ll want to know whether you’re supposed to tip your taxi driver or not.

Do You Tip Taxi Drivers In Argentina?

No, you don’t need to tip your taxi driver in Argentina. That’s true whether you’re in Mendoza or Buenos Aires or anywhere in between. That said, you can round up the fare to the nearest bill and let your taxi driver keep the change.

The one case where tips are more commonly given is when the taxi driver helps you with a large amount of luggage. In that case, you might consider leaving a small tip.

Do You Tip Uber Drivers In Argentina

Is There Even Uber In Argentina?

Yes, there is Uber in Argentina. If you haven’t used Uber before, you can download Uber’s app from the Apple Appstore or the Android Play Store.

Do You Need to Tip Your Uber Driver in Argentina?

No, you don’t need to tip your Uber driver in Argentina. Tips aren’t required for taxis and they’re not required for Uber, either. Enjoy your ride and don’t worry about leaving a tip.

If you’re going to have your hair cut or styled in Argentina, you’ll want to know whether you need to leave a tip.

Do You Tip Your Hairdresser In Argentina?

Do You Tip Your Barber In Argentina?

No, you don’t have to tip your barber in Argentina. That said, some people do leave a tip so if you’d like to leave a tip too, tip 10% of the bill.

Tipping at Spas In Argentina

A trip to a spa is a be a great way to relax and work on any problem areas you have. If you’ll be going to a spa in Argentina, you’ll need to know whether you should leave a tip.

Do You Tip At Spas In Argentina?

Yes, you should tip at spas in Argentina. A standard tip is 10% to 15% of the cost of your spa services. The reason tips at spas are expected is because spa workers are highly reliant on your tips for a large part of their income. The reason why tips make up a large part of their income is that tips are commonplace. It’s a bit circular but it’s why you need to leave a tip.