Home » Tipping » Do You Tip in Hong Kong? 9 Situations You Need to Know

Do You Tip in Hong Kong? 9 Situations You Need to Know 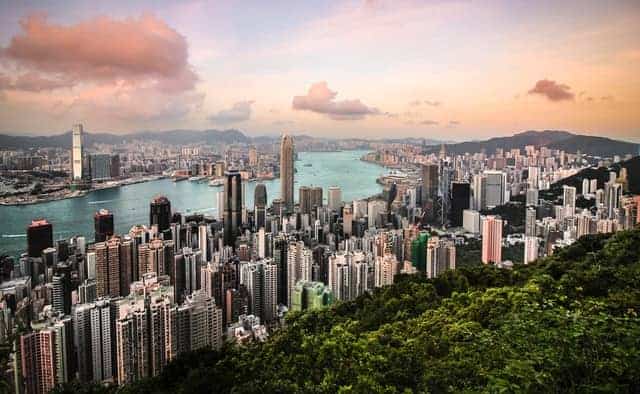 If you’re traveling to Hong Kong, it’s important to know if you have to tip. In many parts of the world, tipping is common, while in other are’s it’s considered rude to leave a tip. In this article, we cover Hong Kong tipping etiquette and answer the question “Do you have to tip in Hong Kong?”.

Do you have to tip in Hong Kong? At first glance, you might think that you don’t have to leave a tip. However, it’s not that simple.

First, you should know that in Hong Kong, tipping service staff is not as widespread as it is in other places, such as the United States. So before you slap that dollar down on the table as a tip for your dinner, coffee, or drink, read our Tipping in Hong Kong Guide. Discover when, where, and how much to tip while respecting Hong Kong culture.

While gratuities are required in some situations, you should never tip if the service was severely lacking. Tipping is a reward for good service, not bad service!

You don’t need to tip in restaurants, cafes, bars, taxis, or spas

One of the most commonly asked questions about Hong Kong is whether or not people need to tip service workers in restaurants, hair salons, taxis, or bars. As a general rule-of-thumb, you don’t have to tip in any of these places since it’s not considered mandatory.

Tips are never expected, and at some restaurants, there will already be a 10% service charge added to your bill (it should be indicated on the menu). If you do want to leave your server or waitstaff a tip at a restaurant, don’t leave more than 10% and tip in cash. Why cash? It’s the only way to ensure they actually receive it! So while some hotel restaurants add a tip line on your bill, only leave your tips in cash.

Don’t tip at cafes or bars

Tips are not expected at cafes or bars. If you want to tip your bartender anyway, that’s great, but only tip in cash to make sure it’s your server who pockets the tip and not the owner!

Taxi drivers don’t expect a tip, but it is common to round up the fare to the next dollar. While it’s rounding up is only a small amount, your driver will appreciate it.

In Hong Kong, tipping is not required at spas. Some establishments may have a sign in the waiting area asking for a gratuity to be left for the staff as a tip. However, it is not expected but always appreciated. If you’re interested in a top-rated spa with good prices, try the Chi Wa Siam Day Spa. All the major international hotel brands have their own spas, but they can be pricey and have more mixed reviews.

You do need to tip these people!

Read on to learn when and how much you should tip hotel workers, bellhops, hairdressers, restroom attendants, and tour guides. Keep in mind that you should have some cash in an accessible pocket to tip these people. Why? It’s so they receive your tip and not the business owner!

At an average hotel in Hong Kong, tipping is optional; it’s not customary to tip the bellhop/bell boys, room attendant, room service, housekeeper/maid, or concierge. However, if you receive great or additional services, you can give a small tip to show your appreciation. Bellhops always appreciate tips for carrying your luggage to your room.

The exception to this rule is the doorman and valet at high-end hotels, who generally expect tips. You should tip them 20 Hong Kong dollars, which is equivalent to $2.50 USD.

Tipping is expected at Hong Kong hair salons and tip jars are common. How much should you tip your hairdresser? Local customers tend to tip about 5 percent, while foreigners tend to tip more. Don’t tip more than 10% of the total bill.

What about the hair washer? While they do receive part of your tip, the salon will have a tip splitting system to take care of this for you so just tip your hairstylist.

It’s common to find restroom attendants in upscale Hong Kong businesses, including restaurants. Besides keeping the bathroom clean, restroom attendants will dry your hands and give you a spray of perfume or cologne. In return, they expect a few small coins as a tip.

Tour guides depend on tips to top up their wages. Consider tipping between 20 to 40 Hong Kong dollars, per person in the tour group. It’s a nice gesture.

Tip 10% if you’re unsure about the culture of tipping

Americans often get into the habit of tipping every time they have a waiter, waitress, or cab driver. This is not as common in other countries, including Hong Kong. If you’re unsure about the culture or tip policy, don’t feel obligated to tip. If you do decide to tip, do it the Indian way—never more than 10% of the bill.

Always check your bill before paying

Smart travelers always check their bills before they pay, to catch errors and avoid costly mistakes.

Hong Kong is a cosmopolitan city that many foreign tourists visit every year. When visiting Hong Kong, many people are unaware of the local Hong Kong tipping culture. Tipping is required in some situations, but not others. It’s a good idea to keep some Hong Kong dollars handy for tipping at restaurants and other times when tipping is appropriate.

It’s important to respect the local tipping culture as a foreign visitor. As you now know, the tipping customs in Hong Kong can be different from other countries. In this article, you found the answer to “Do you tip in Hong Kong”, learned about the tipping policy in different situations, plus much more about the local tipping etiquette. Enjoy your Hong Kong visit and tip with confidence!