Home » Accommodation » Hotels » Concierge » A Guide To Tipping In Iceland: Do You Tip In Iceland?

A Guide To Tipping In Iceland: Do You Tip In Iceland? 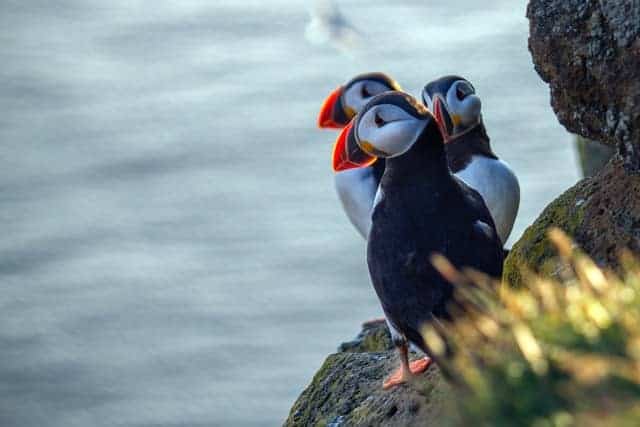 No, you don’t need to tip in Iceland because there’s no tipping culture, tips are not expected, and workers in the Icelandic service sector are paid a living wage. That said, if you still want to leave a small tip for good service, it will be accepted with a smile.

While tipping is not customary or expected, it has become increasingly frequent with the growing number of foreign tourists coming from countries with a strong tipping culture.

Eating Out? Tipping Etiquette at Restaurants in Iceland

You don’t have to tip the servers at Icelandic restaurants. This is true whether you’re dining at expensive restaurants or cheaper restaurants. Waiting staff are paid a good wage that’s based on the expectation of not receiving tips which are covered, in part, by a service charge.

But I want to leave tip: how much should I leave?

If you want to tip your waiter or waitress in appreciation of the service, round up to the next 100 ISK. If your meal cost was 2900 ISK (Icelandic Krona), round up to 3000 ISK. While not expected, your tip will certainly be appreciated.

At a Bar? Do You Tip Your Bartender?

No, you don’t have to tip bartenders in Iceland. Bar staff are paid decent wages that are not based on the expectation of receiving tips.

I want to tip my bartender, how much should I tip?

While tipping bartenders is rare in Europe and rarer still in Iceland, if you want to leave a tip, round up to the next 100 ISK. If your bill was 1900 ISK (Icelandic Krona), round up to 2000 ISK.

Handy Tip: Drinking in Iceland can lead to sticker shock! If you’re not drinking at a bar or restaurant, you’ll need to take note of your local Vinbudin’s (alcohol shop) limited hours. To save money, stock up on cheap alcohol at the Duty-Free store located next to the baggage claim before you leave Keflavik Airport. It’s much cheaper!

Staying at a Hotel? Do You Tip the Hotel Staff?

No, you don’t have to tip the hotel staff in Iceland. Service workers are paid a living wage and will not expect a gratuity.

That goes for the hotel maid, porter/bellman, restaurant staff, tour office, and concierge.

But I want to tip the hotel staff: how much should I leave?

Although you don’t have to leave a tip for hotel staff in Iceland, feel free to tip if you want to. You can leave a tip for the hotel maid in your room by leaving your tip in an envelope or with a note under the money. Your housekeeper will appreciate your loose change. If you are tipping the porter/bellman, you can give them a few coins.

At a Spa? Do You Need to Tip at Spas in Iceland?

No, you don’t need to leave the staff a tip at spas in Iceland. Tipping at spas is not customary and a service fee to spa users is already included in the bill.

If I want tip to the spa staff, how much should I leave?

You can leave the spa staff a tip of a few hundred Icelandic krona if you want to. While it’s not expected, your tip will be appreciated.

On a Tour? Do You Tip Tour Guides in Iceland?

No, you don’t need to tip your tour guide or coach driver in Iceland. They’re paid good wages (or work for themselves) and tips are not customary. That’s not to say they wouldn’t appreciate your tip for an especially interesting excursion so feel free to leave a tip if you’d like to.

I want to tip my tour guide so how much should I give?

If you’d like to leave your tour guide a tip, you shouldn’t tip more than 5% of the cost of the tour and can always just leave your small change.

Taking a Taxi? Do You Tip Taxi Drivers in Iceland?

No, you don’t tip taxi drivers in Iceland. Cab drivers don’t expect tips and it’s very uncommon for them to receive them.

If the taxi driver went out of their way to help you, feel free to tip if you want to.

Keep in mind that in Iceland you call for taxis beforehand or you can find one at a taxi stand, you don’t hail them on the street.

If you’re heading home and need a taxi to Keflavik airport, think about taking one of the scheduled public or private bus services that serve the airport. It’s a more cost-effective option that some tourists overlook.

If I want to tip my taxi driver, how much should I tip?

If you want to leave your taxi driver a tip, round up the fare to the next hundred Icelandic Krona.

Is There Uber? Tipping Uber in Iceland

If you need an Uber, you’ll have to take a taxi instead. To take a taxi, you’ll need to call ahead or find the nearest taxi stand. You can also try using an e-hailing app that one of the taxi company’s has released. The app is called TaxiHreyfill which is available in the Google Play Store or the Apple App Store.

If you need to get to Keflavik airport from Reykjavik, a taxi is convenient but also a bit pricey. If you’d like to save some money, there are frequent public buses and private coaches that pick up in the Reykjavik area and drop you off at the airport.

Need a Haircut? Do You Tip Hairdressers?

No, you don’t tip hairdressers in Iceland but can leave a small tip if you wish to.

If I do tip my hairdresser, how much should I tip?

Although your hairdresser will not expect a tip, if you want to leave a tip leave up to 5% of the total bill.

See a Tip Jar? Isn’t There No Tipping Culture in Iceland?

While tip jars are a common sight in North America, but you might be surprised when you see one in Iceland. Although you don’t need to put any money in the tip jar at cafes, feel free to chip in if you received excellent service. The money is usually used for staff parties.

Iceland is a great place to visit that has something for everyone in what often seems like an otherworldly landscape. Iceland offers countless waterfalls, glaciers, hot springs, national parks, walks and hikes, birdwatching (who doesn’t like Puffins!), whale watching, the Northern Lights, geysers, ATV tours, snowmobiling, ice and lava tunnels, and more. It’s no wonder that Iceland is a popular destination!

What Iceland doesn’t have is a tipping culture. While tipping isn’t expected, your tips won’t be turned down.