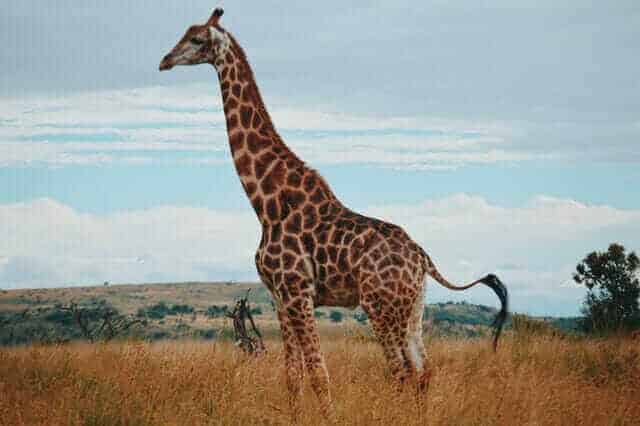 Are you traveling to South Africa? It’s consistently voted one of the top destinations to visit and it’s one of our personal favorites. This tipping guide will give you all the information you need to tip with confidence in South Africa.

Many South Africans make a living in the service sector in both formal and informal jobs. It’s customary to tip some of these workers, but not others. Who should you tip then? Our tipping guide will help you understand the local tipping etiquette. In South Africa, it’s customary to tip the staff at restaurants, hotels,  safaris/game drives, tours, on-street parking attendants, gas/petrol station attendants, uber drivers, and taxi drivers.

Tipping at Restaurants in South Africa

Do You Tip At Restaurants In South Africa?

Yes, you’re expected to tip for good service at restaurants in South Africa. If you were happy with your service, you should leave a tip of 10 to 15% of the bill. If you’re in a party of 6 or more, check your bill to make sure that a tip wasn’t already automatically added to avoid double tipping.

Do You Tip Hotel Staff In South Africa?

How Much Do You Tip At A Hotel?

If a luggage porter helps carry your luggage to your room, you’ll need to tip him 10 rand per bag. Tipping porters is customary and a large part of their income is based on your tips. While you don’t have to tip your hotel maid, you can leave them 10-15 rand per night at the end of your stay. Although you normally should give your tips directly to the staff member, some hotels ask that you leave tips at the front desk for safekeeping. If your hotel has this policy, it’s to avoid any potential misunderstandings when you leave money in the room.

Tipping on Safari in South Africa

Yes, tipping on South Africa safaris is customary and expected. At luxury lodges you’ll need to tip your game ranger 200 – 300 rand per day, your tracker 100 – 200 rand per day, and the housekeeping/restaurant staff a combined 50 – 100 per day. That’s per family so if there’s 1 of you or 4, the tip is the same. Safari lodges usually leave three separate envelopes in your room for you to put these tips in.

Going on a tour of South Africa? Taking one of many exciting day tours available? Taking a group tour of one of South Africa’s spectacular national parks? If so, you’ll want to know whether you should tip your tour guides.

Do You Tip Your Tour Guide In South Africa?

Yes, it’s customary to tip tour guides in South Africa. You’ll need to tip 20 – 50 rand per person per day for a group tour and from 100 rand per day total and up for a private tour.

Do you tip taxi drivers in South Africa?

Yes, it is customary to tip taxi drivers in South Africa. You should tip your driver 10% of your taxi fare. For a minibus taxi, which is a shared transport option that’s ubiquitous in South Africa, you don’t need to leave a tip.

Is There Uber In South Africa?

Yes, there is Uber in South Africa, as well as a number of other e-hailing competitors.

Do you tip Uber drivers in South Africa?

Yes, it customary to tip Uber drivers in South Africa as well as drivers for other e-hailing platforms. You should tip your Uber driver 10% of your ride’s cost.

How Much Do Uber Drivers Make In South Africa?

If you are new to driving in South Africa, you might be surprised at your first fill up when you meet the petrol station attendant at the pump! Your attendant will fill up your vehicle, take your payment, and clean your windscreen. You can also ask your attendant to check your fluid levels and tire pressure. Low tire pressure? No problem, they will inflate your tire on the spot. That’s a level of service that’s long gone in many other countries. Besides helping you get back on the road quickly, they also deter crime through their presence.

Do You Need To Tip Petrol Station Attendants In South Africa?

Yes, it’s customary to tip petrol station attendants. For standard service, you should leave a 2 rand tip. If you received extra services, such as adjusting your tire pressure or checking your fluid levels, you should tip a few extra rand.

How Much Do Petrol Station Attendants Earn In South Africa?

Do You Tip Car Guards In South Africa?

Yes, it’s customary to tip car guards in South Africa. You should tip car guards and parking attendants 2 to 5 rand, depending on the services offered. Leave a 2 rand tip for watching the vehicle and more if they wash your windshield, check your tire pressure, or verify your fluid levels.

What Exactly Is A Car Guard In South Africa And What They Do?

What exactly are car guards and which ones should you tip? Car guards are common in urban areas where parking is in short supply and in Cape Town in particular. They’ll direct you to an empty spot, watch over your car while you’re away, and sometimes offer other services such as washing your car. They’re distinguishable from common beggars by their reflective vests. If you’re unfamiliar with the car guard system, you might feel that they are trying to scam but that’s usually not the case. They’re just regular people offering a service to try to get by in life. They are not unique to South Africa either and are found in other developing countries with high levels of unemployment and large informal work sectors.