Does King Soopers Take Apple Pay? (Up To Date Answer) 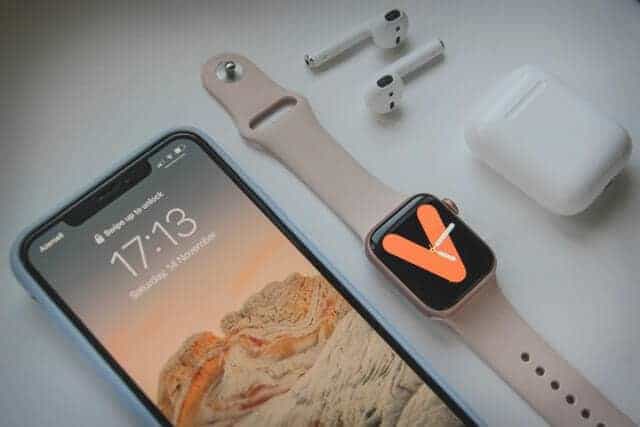 Are you shopping for groceries at King Soopers? Apple Pay is a safe, convenient way to pay at grocery stores that accept it as a payment method. But, does King Soopers take Apple Pay?

What is King Soopers?

King Soopers is an American chain of supermarkets operating in the Rocky Mountains. They’re known for their general grocery, dairy, deli, bakery, frozen foods, general grocery, meat, pharmacy, produce, seafood, snacks, beer, wine, and liquor. King Soopers has 118 locations and is a subsidiary of Kroger, the largest supermarket operator in the United States.

Tip: The King Soopers weekly ad is full of deals, special offers, and new products. It’s updated weekly, so check it out before heading to the store and save money.

You can use Apple Pay in person at stores, through apps, or on the web. It’s a secure, safe way to make your payments. In an age where data is money, Apple stands out as one of the few companies that won’t sell your personal information. Other contactless payment solutions that rely on near-field communication (NFC) include Google Pay and Samsung Pay.

Gone are the days of waiting for change or having to use a credit card reader at a cash register, or typing in your credit card information for an online order. Apple Pay is a modern payment method for the modern world.

No, King Soopers does not take Apple Pay. However, you can use their Kroger Pay app to pay with your phone while stacking King Soopers rewards!

Here is an article confirming that while King Soopers does not take Apple Pay, they do accept Kroger Pay, which is the only King Soopers app-based payment method that’s accepted.

Since you can’t use Apple Pay at King Soopers or any other Kroger-owned grocery store chain, what are their accepted payment methods?

Why Does King Soopers Not Take Apple Pay?

King Soopers doesn’t take Apple Pay because they have their own mobile payment app called Kroger Pay, which is available in the App Store. This app lets King Soopers control their checkout experience while integrating their loyalty card tracking system.

King Soopers doesn’t want you using a competitor’s mobile payment option, like Apple Pay or Google Pay, at their point of sale machines. King Soopers competitors might accept Apple Pay, but they can’t accept Kroger Pay. In their thinking, by using Kroger Pay, you’re less likely to shop at a different grocery store and more likely to install their app. Since mobile apps and contactless payment options are the wave of the future, King Soopers wants more control over their journey than Apple Pay would give them.

Now that you know that King Soopers doesn’t take Apple Pay, what are your contact-free payment options at King Soopers? Their alternative to Apple Pay is ‘Kroger Pay ‘, which is available in the Apple App Store and the Android Google Play Store.

Kroger Pay app is a contactless payment solution that improves your shopping experience by speeding up the checkout process. Using your mobile device, you enter your preferred payment method, such as a credit/debit card, which you can then use to pay when you checkout. You can also combine Kroger Pay with your King Soopers rewards card, which lets you stack your rewards and use digital coupons!

Once you’ve picked out everything on your shopping list and are ready to check out, open the Kroger Pay App on your phone. Next, tap to generate a unique QR code that you scan to pay at checkout. Once you’ve scanned the QR code at the checkout terminal, you can take your groceries and go!

If you would prefer to shop at a grocery store that takes Apple Pay as a payment method, the following grocery stores accept Apple Pay:

It’s disappointing that King Soopers doesn’t accept Apple Pay. However, you can still pay with your phone at King Soopers using Kroger Pay. While it’s not Apple Pay, it is a contactless payment option that also lets you stack money-saving King Soopers rewards!